UTEP Men's Basketball: Getting to know the starters 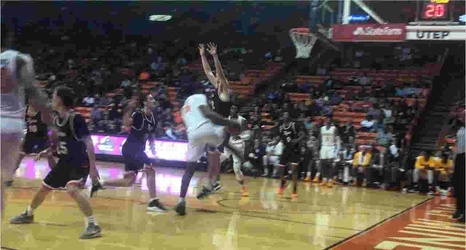 With UTEP off to one of its best starts in years in men's basketball with a lineup that features four starters in their first year playing for the program, here is a look at the players who take the court for the opening tipoffs.

Everything starts, and often finishes, with the 6-foot-8 big man. The transfer from Fresno State — he's a Fresno native — is in his fourth year with Miners coach Rodney Terry and his second year with his new team, though he couldn't participate in games last year.