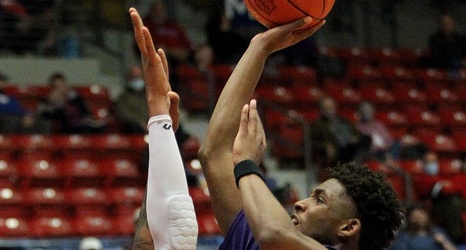 The UTEP men's basketball roster got a little bigger and a little more local.

Ranger College swingman Jorrell Saterfield, a former star at Las Cruces Mayfield, is transferring to UTEP where he will have three years of eligibility. He is the second junior college transfer landed by new coach Joe Golding and he brings the official roster to 11 players. He is the only player on the roster from the Borderland.

“Jorell is a fantastic player," Golding said. "He can score the ball multiple ways and can really defend. But most importantly, he’s the kind of kid who fits the culture of what we’re trying to do to build this program.