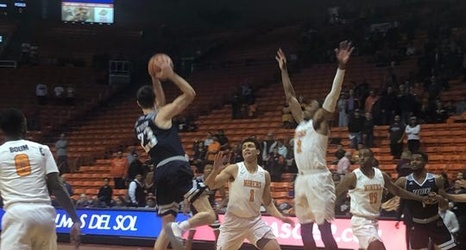 As it turns out, rock bottom for the UTEP men's basketball team came with an almost unfathomable bounce.

Trailing by 19 points in the second half, the Miners hit a gear they haven't shown in more than a month to charge back to a 68-62 win that could extend their season.

UTEP started the run by scoring 16 unanswered points in five possessions in two minutes, 14 seconds, coinciding with the beginning of a stretch where the Owls made 1-of-18 shots.