UTEP has new football schedule, to open at home Aug. 27 against North Texas 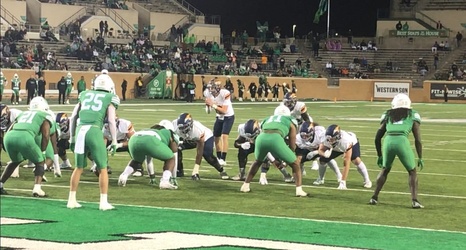 The UTEP football team will play its earliest game in school history when it opens its 2022 season at home against North Texas on Aug. 27 in a new schedule released by Conference USA on Wednesday.

The new schedule comes 20 hours after C-USA announced three schools (Old Dominion, Southern Miss and Marshall) were leaving the conference effective at the end of this school year, rendering the schedule it released last month obsolete. UTEP had been slated to play Old Dominion and Southern Miss.

In the new schedule, UTEP plays eight of the other 10 teams in the league, as it will not play league power UAB and defending East champion Western Kentucky.