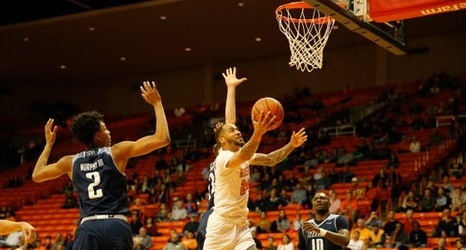 Daryl Edwards' monster game against Rice had a predictable upshot — he won the Conference USA player of the week award for the first time.

The graduate-transfer guard, playing in his next-to-last game in the Don Haskins Center, scored 34 points to lead a comeback from 19 down against Rice, going 6-of-6 on 3-pointers in the second half.

He also had three assists and a steal while making 8-of-12 3-pointers overall.

UTEP plays its last home game of the season Sunday at 2 p.