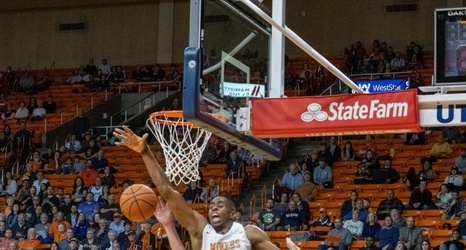 After weeks of speculation senior forward Bryson Williams has announced that he is taking his talents to Lubbock Texas to play for the Big 12’s Texas Tech Raiders. From the announcement on April 15 that Williams had entered the transfer portal, it was likely that he would leave for a POWER- five school to display his talent on a bigger stage.

Williams had followed former UTEP coach Rodney Terry to El Paso from Fresno State when Terry was hired as coach of the Miners. This will be the first time in his college career that Williams has played for any other coach other than Terry.