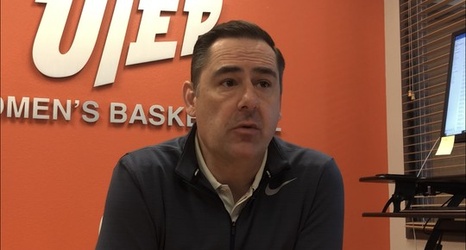 When UTEP basketball coaches Rodney Terry and Kevin Baker remember Kobe Bryant, their first thoughts didn't go to his prodigious feats on the court but how he lived toward the end of his life.

The five-time NBA champion who played his entire 20-year career with the Los Angeles Lakers, died Sunday in a helicopter crash, along with eight others, including his 13-year-old daughter.

"I just got home from church, I was starting my prep work on Middle Tennessee and I got a text from a friend of mine that it had happened," Terry said.