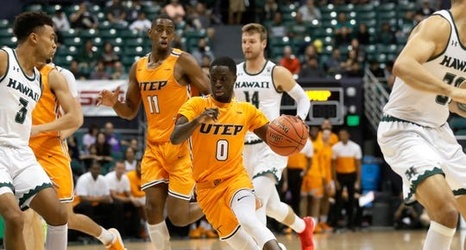 As the calendar turned to January and the UTEP men's basketball team began tinkering with its lineup looking for more answers, Souley Boum was given two seemingly contradictory directions.

Whether those two directives were connected or not, it's an example of a plan that has come together.