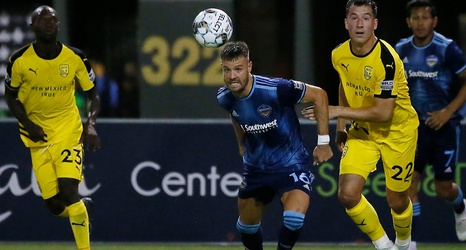 A hot El Paso Locomotive team has a hot striker in Luis Solignac, and heading into Wednesday's home game against San Antonio, they have something to show for it.

Solignac, who scored twice off the bench in Saturday's 3-1 victory against Real Monarchs, was named the USL Championship player of the week.

He's the second Locomotive player to win the award this year, as Dylan Mares won it four weeks ago in Week 11.

"It's important personally, but it's great for the team," Solignac said. "It's nice to score goals and be highlighted, but most important is the team is playing well and we're winning.