San Angelo Central comes back from 25 down to beat Pebble Hills, 44-40 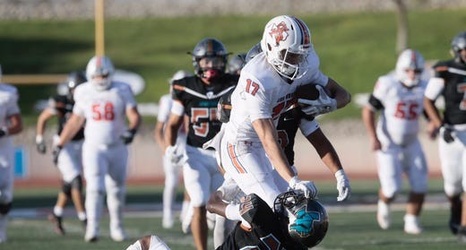 After playing one of the worst defensive first halves in their long history, San Angelo Central had one way out Saturday against Pebble Hills.

The Bobcats needed one of their greatest comebacks and they delivered.

On the ropes after giving up 444 first-half yards and touchdowns on six consecutive possessions, Central rallied from deficits of 34-6 and 40-16 for a stunning 44-40 victory at the SAC.

Quarterback Malachi Brown threw for two touchdowns and rushed for three more, but more importantly a defense that gave up six total touchdowns and 309 passing yards to Sebastian Ochoa in the first half kept the Spartans off the board in the second half.