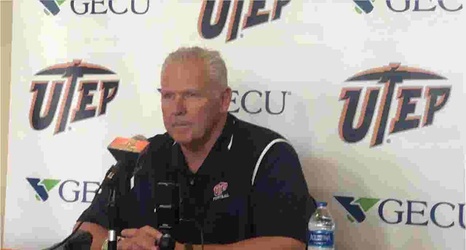 Before Florida International's 2019 campaign kicked off, fueled by two solid seasons in the first two years under coach Butch Davis, the Panthers' stars talked about the turnaround they engineered.

"The old FIU, whenever we would lose, we would just accept it," tailback Anthony Jones said at the team's 2019 media day. "Nobody felt like we could change anything and we were just everyone’s joke.”

That can be relative, FIU was either 4-8 or 5-7 in the three years before this Davis revival, but the new attitude was evident in how the first half of this Panthers' season played out.