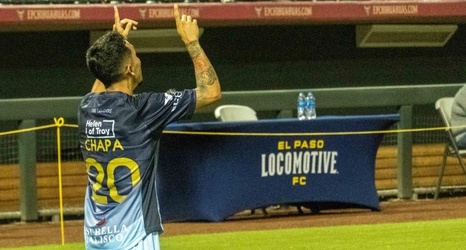 The El Paso Locomotive (2-2-2) dominated all aspects of the match versus the Colorado Springs Switchback (1-1-3) with an offensive output that has not been seen all season culminating in a 4-2 victory over the Group C opponent.

In four games back from the United Soccer League’s season restart, the Locomotive had averaged a little over a goal per game, scoring five goals in four games. On Saturday night, the offense produced four goals on just eight shots, including two from El Paso native Louis “Chapo” Herrera.

‘Our pressure up top was fantastic and we were able to get a lot of runs and shots which will lead to goals,” Herrera said.