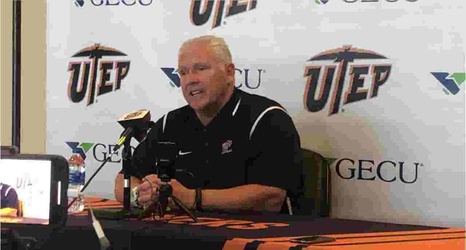 As UTEP gets ready to take on the best team in Conference USA, Louisiana Tech, coach Dana Dimel said his frustration with his team is a good sign.

After what he described as a "calamity of errors" against Florida International that led to a 32-17 loss, he talked about instituting harsh punishment for penalties, of which UTEP had 10 against FIU, and demanding more accountability from his players.

He described his team's mistakes as "stupid and careless" Saturday, and he says he is being hard on his team specifically because he does feel they aren't far away from being a good football team.