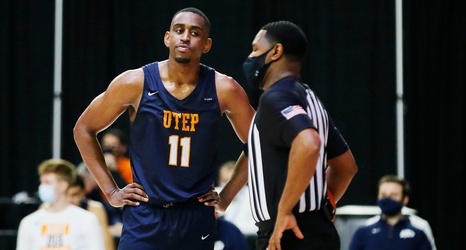 Bryson Williams opened his UTEP basketball career with a slam dunk/three-point play on the first possession of a much-hyped exhibition game against Texas Tech.

He bookended it Sunday when he announced his transfer to Tech in a tweet.

Williams announced on April 16 that he was entering the transfer portal and the assumption then was that the leading contender was Texas, where his coach the previous five years, Rodney Terry, had just taken an assistant job.

Instead he is a member of new coach Mark Adams’ first recruiting class. Adams was promoted to the job after previous Tech coach Chris Beard went to Texas and hired Terry.