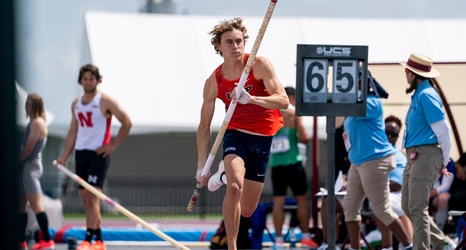 UTEP pole vaulter and Franklin alum Paulo Benavides closed his collegiate career as All-American at the NCAA Track and Field Championships in Eugene, Ore., but teammate Sean Bailey injured his hamstring coming out of the blocks of the 400 meters and couldn't complete Friday's finals.

Two days after Benavides tied for seventh in the pole vault on the strength of a first-attempt clearance at 17-feet, 4 1/4 inches, Bailey came in as the sixth seed in Friday's 400, but pulled up almost immediately after the gun sounded.

Bailey ran conservatively in Wednesday's preliminaries before closing hard to qualify in a race where eight of nine finalists make All-American, but his health didn't cooperate in the finals.