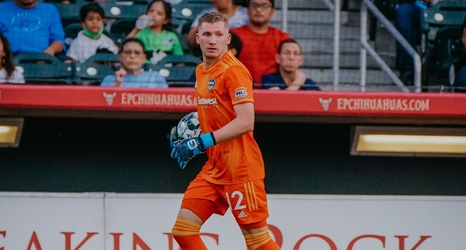 If everything had gone perfectly, backup goalkeeper Ben Beaury never would have gotten on the field for an El Paso Locomotive game.

If everything had gone perfectly when he did get in a game Saturday night against Las Vegas, Beaury wouldn't have had anything to do.

The best description of Beaury's job is that he's around to clean up when things go wrong and that all cropped up in his Locomotive debut.

Playing because every-game starter Logan Ketterer was coming off an illness, Beaury made two big saves in the second half, one with the game tied at 0 and the second in the 81st minute with El Paso up 1-0, to earn his first-ever clean sheet.