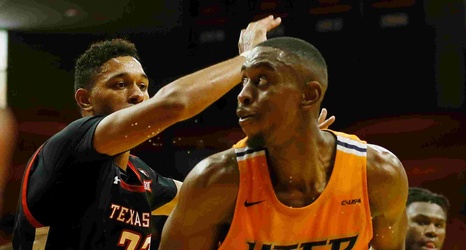 LAS CRUCES, N.M. — So much has changed with the UTEP and New Mexico State men's basketball teams since the end of last season, but one big thing hasn't.

New Mexico State rarely loses at home and UTEP doesn't win on the road, at all.

In a game Aggies coach Chris Jans said his team absolutely had to have, New Mexico State improved to 18-2 in the past two seasons at the Pan American Center. They did it by handing UTEP is 15th straight road loss, 59-56 Tuesday.