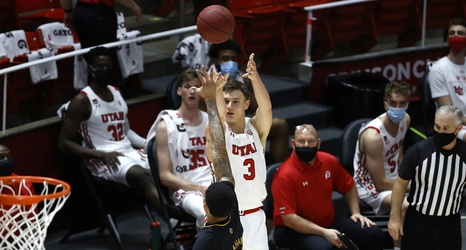 It turns out the shuffling of the Utah basketball roster is not finished, at least it appears that way as of now. Freshman Pelle Larsson has decided to enter his name into the transfer portal, in news that nobody saw coming — at least nobody that I follow. In 25 games for the Utes Larsson averaged 8.2 points, 3.2 rebounds, and 2.8 assists per game, and he shot 46% from deep.

The Sweden native, similar to Ian Martinez, appeared to be a major young building block for the Utes going forward, and it sounds like he’s open to coming back, but that seems like a long shot.