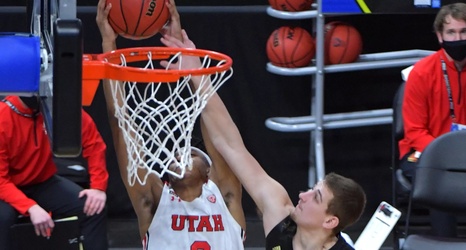 Outside of the last five minutes of the game, which got way more interesting than it should have, the Utes dominated the Huskies in their match up of the season in the round of the conference tournament. Utah won their first conference tourney game since 2016, which is a shocker. It wasn’t exactly a game of good defense, as Utah won the game 98-95, and they really let go of the rope late in the game after they led by as much as 19 with about five minutes remaining.

It was a night where the Utes got off to a good start, with a flurry of threes, including from Alfonso Plummer, who loves the rims in T-Mobile Arena.