Utah runs out of gas and falls to Cougars 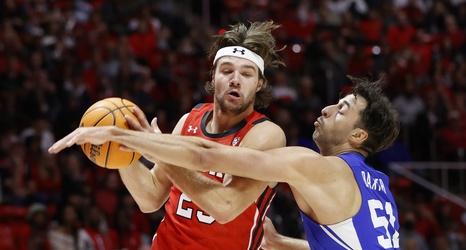 The first test for the new look Craig Smith led Utes had promising but disappointing results. The Utes fell to BYU at the Huntsman Center on Saturday night 75-64. The Utes were led by Branden Carlson’s 17 points, six rebounds, and three blocks. Rollie Worster had a nice game with 13 points and five assists. Lazar Stefanovic also had 12 points in the game.

Utah kept BYU at arm's length the first half, jumping out to a quick lead and kept a lead, but they let BYU hang around with their size and rebounding keeping possessions alive. Utah lost Dusan Mahorcic early in the game with a knee injury that didn’t look good.