Utah picks up commitment from David Jenkins Jr. of UNLV 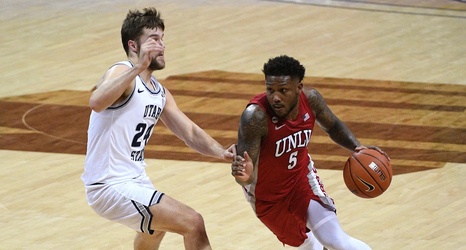 With the hiring of Craig Smith and the return of Demarlo Slocum, it’s no surprise that some names would follow them to Utah. Utah signed UNLV transfer David Jenkins Jr and has added what appears to be a much-needed scoring punch after the losses of Timmy Allen and Alfonso Plummer.

The 6-foot-2, 195-pound Jenkins Jr. is making Utah his third stop after playing two seasons for South Dakota State from 2017-2019, where he averaged 16.1 points and 19.7 points per game, and UNLV, he averaged almost 15 per game last season after sitting out a season.