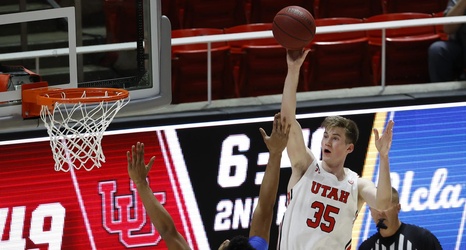 It has been a tough stretch for the Running Utes. Utah finds itself on a 6 game losing streak after narrowly losing to Arizona State in Tempe after the Sun Devils hit a shot with 4.6 seconds remaining. The game was tight the entire time as the largest lead the whole game was only 6 points. The Utes were once again plagued by turnovers as well as long periods without a field goal. The last two games have been promising for Utah as they have played tougher defense and our offense has attempted to drive to the paint far more often leading to easier baskets or trips to the free-throw line (the Utes are #7 in the nation in free-throw shooting as a team).