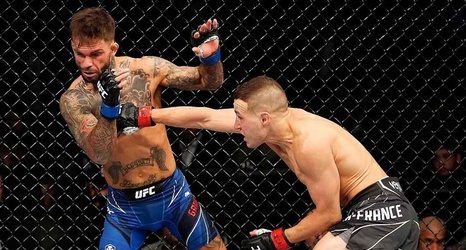 LAS VEGAS -- The UFC is capping its year with something of a celebration of the hard-core fan, a reward for those who have been following the sport of MMA for a long time.

Oliveira won the belt with a second-round TKO win over Michael Chandler at UFC 262 in May.