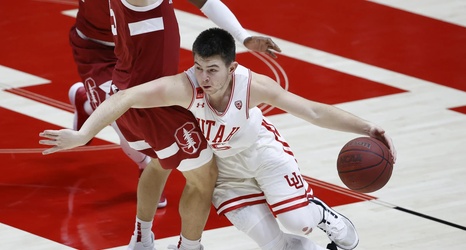 Not until the team tips off this coming November/December will I have any confidence of what the Utah men’s basketball roster is going to look like. On Friday it has been reported that Utah point guard Rylan Jones has entered the transfer portal, and USU is the likely destination. Jones’ dad was on Coach K’s staff, and has had Utah ties going back to the Majerus era, and was not retained by Craig Smith.

Jones was a highly touted recruit that signed with the Utes and had a nice season and a half on the Hill, but injuries really slowed him down.