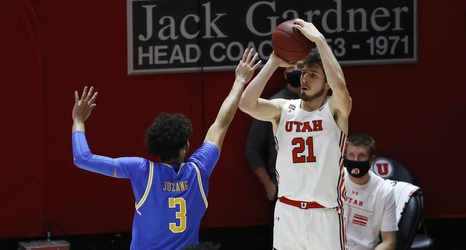 Just days after the Utes named Craig Smith as their head basketball coach, they are preparing to welcome back a player who had entered the portal. Riley Battin made it known on Twitter that he will be back under Smith and playing for the Utes this next season.

Battin will be a welcome addition back to the team, as he has good size, good shooting, and can really spread the floor. I think he is the kind of guy that Smith really will like because of his shooting. He only averaged just shy of 7 points per game this past season, but I think he could have a major role with this team as they try to figure out the style of play.