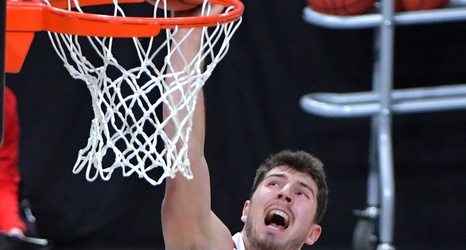 Now that the Utes are in the market for a new head coach, there is going to be some uncertainty with the roster, potentially even more than normal. Earlier Lahat Thioune, Jordan and Brendan Wenzel all decided to enter the portal, and now Riley Battin has decided to put his name in as well. Battin being the biggest name thus far for the Utes to leave.

Battin was an occasional starter for the Utes in his three seasons, mostly in the first two, and really was a nice spark with his shooting. His size is also something that could be missed, with his 6-9, 230 pound frame.