Red Rocks Struggle On Beam, Rebound on Floor in Win Over Sun Devils 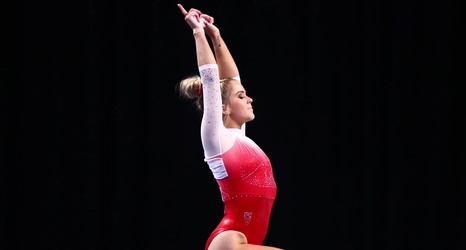 Red Rocks gymnastics continued their winning ways Friday night after toppling Arizona State 197.400 to 196.100 despite numerous issues on the beam, an event they ranked first nationally heading into the event.

The evening kicked off with a pair of 9.800s from junior Jillian Hoffman and Cammy Hall before a deafening silence fell over the Huntsman Center when Hall collapsed in front of the scorer’s table before being attended to by head coach Tom Farden and a handful of trainers and assistants. She was later seen celebrating with the team by the end of the rotation walking on her own accord without a limp.