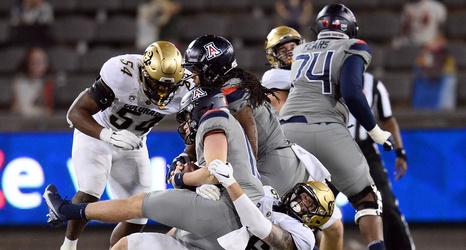 Utah seemingly solved their turnover woes last week, a glaring sore spot in a young offense that has been trying to find their footing during an unprecedented and tumultuous season. Keeping that success rolling will be key if the Utes hope to play spoiler against an undefeated Buffaloes team when they hit the field in Boulder in an early morning matchup this Saturday.

On the season, Colorado’s defense has intercepted three passes, and recovered four fumbles (though only two have been forced), with no one defender standing out as a turnover machine, which should give the Utes some reason to remain optimistic, but that’s not to say there’s potential for disaster.