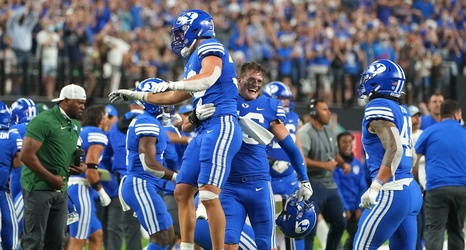 It’s officially rivalry week... in September, but rivalry week in Utah nonetheless. Fans may be split on what this game truly “means” in the PAC-12 era; at best, it’s one of the greatest rivalries in all of college football, steeped in tradition, brimming with passion (or, if we’re honest, pure, unfiltered hatred), and hardly ever not thrilling. On the contrary, it’s hard to justify keeping this series alive. Outside of the storied tradition and giving fans something to ballyhoo about until the next meeting, this particular game hardly benefits Utah. Rarely are the Cougars good enough to bloat Utah’s strength of schedule, a win doesn’t help the Utes’ standing in the PAC-12, and a loss would only besmirch their standing nationally, making a top-tier bowl appearance all the more unlikely.