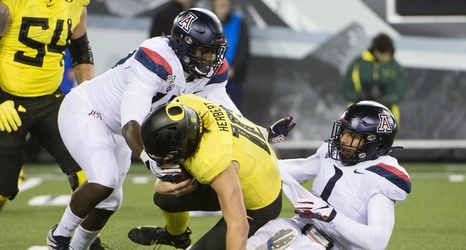 u200bIt’s no secret that head coach Kevin Sumlin’s tenure at Arizona has been nothing short of disappointing. In his debut season, the Wildcats went 5-7 after two shocking losses to BYU and Houston in a season where quarterback Khalil Tate was the presumed front-runner to lead the Heisman race. In fact, the pairing of Sumlin (who coached the spirited if not sometimes volatile Johnny Manziel during his tenure at Texas A&M) and Tate seemed like a match made in heaven when the hiring was first announced, but on the heels of two back-to-back disappointing seasons, the excitement around Tate has more or less dissipated as his regression continues.