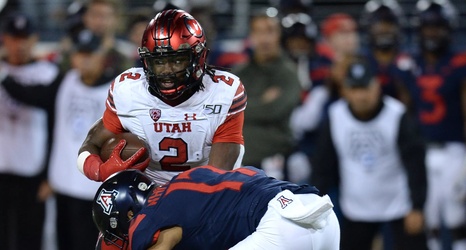 Take care of business. That’s the name of the game for the Utes right now, and that’s exactly what they did on Saturday night in Tucson, as they rolled over Arizona 35-7, and frankly, the Utes left a lot of points on the field. Utah inches closer to clinches the Pac-12 South, and meeting Oregon in the Pac-12 Championship Game, and let’s not talk about the Ducks right now.

As it has been most of the season, it was just another dominating performance for the Utes, on both sides of the ball. After stopping Arizona on the opening drive of the game, the Utes took the ball and went right down field on the Wildcats in 11 plays and 75 yards to get on the board to take the 7-0 lead.