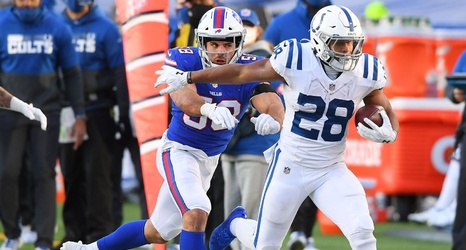 Taylor had a career-high 32 carries for 185 yards and he became just the 18th player in NFL history to have five touchdowns in the Colts' 41-15 convincing victory over the Buffalo Bills on Sunday. The Colts started the season 1-4, but they've since won five of their last six games to move above .500 for the first time this season.