How to watch Utah play No. 6 Arizona 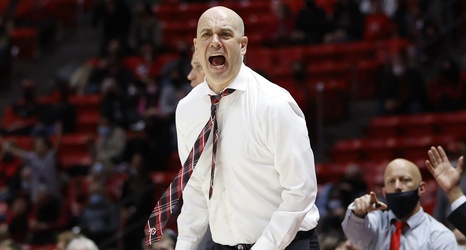 It’s been a tough stretch for the Utes after losing four straight games. It doesn’t get any easier today with Utah traveling to Tucson to take on No. 6 Arizona. The Utes will remain without Branden Carlson again as he recovers from an appendectomy, so the collected group will have to up their performances on the road to overcome that loss.

Utah will see former Ute Pelle Larsson, who transferred to Arizona after last season. Larsson is a very talented contributor for the Wildcats and one I really wanted to come back to Utah. As with any Arizona team, they are long and athletic, so Utah will have to take care of the ball and keep Arizona off the boards.