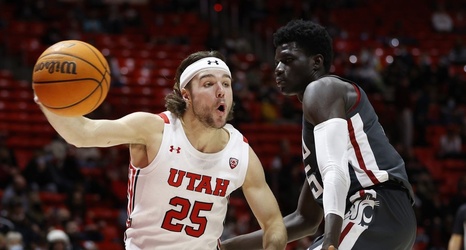 While the game against Arizona did get away from Utah, there were some really good signs. Utah controlled a lot of the pace for a lot of the game and was able to contain Arizona until the Wildcats made their run in the second half. At that point, it's just about the talent differential between the two programs. There's just a massive hole in the rotation without Carlson, who will also miss today's game against ASU.

The Utes now look to get out of this skid against ASU in Tempe. This game was rescheduled after ASU had to postpone the game initially due to health and safety protocols.