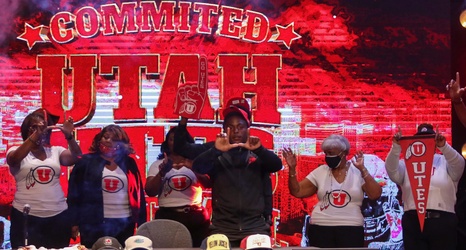 Ever since the internet birthed a myriad of athletic talent evaluation websites, recruiting success has largely been tied to a star-based evaluation system, one that depends on hundreds of scouts giving their opinions and funneling that into various algorithms and equations to determine which teams have wrangled in the most talent according to somewhat arbitrary and subjective observations. For the longest time, landing just one four-star talent in a recruiting cycle was reason enough for Ute fans to celebrate, but even with an uptick in top-rated talent making their way to Utah, it’s never been more clear that those ratings simply don't matter, especially for the Utes.