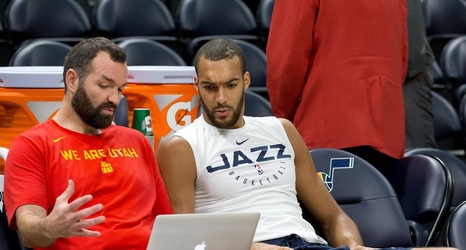 The presumed front runner for the Utah head coaching job decided to pull his name from consideration today, per multiple reports. Former Ute and current Utah Jazz assistant Alex Jensen decided to stay in the NBA with the Jazz. Jensen has reportedly interviewed for NBA head jobs in the past few seasons, and could be on deck for a future opening. Tony Jones of The Athletic really has reported a ton of the news around Jensen, and said today on ESPN700, that any other college program would have gotten a quick thanks but not thanks answers, but Alex’s love for the program made it a much harder decision.