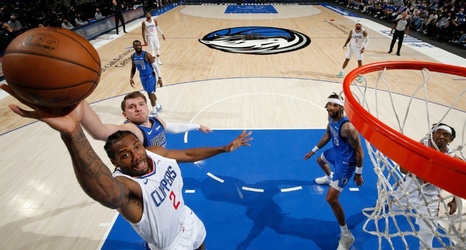 With their season on the line, the fourth-seeded LA Clippers overcame a seven-point deficit in the third quarter of Game 6 to stave off elimination, defeating the fifth-seeded Dallas Mavericks 104-97. It marked the sixth time in six games the road team has won in this series.

Five-time All-Star Kawhi Leonard was unstoppable, tying his playoff career high with 45 points on 25 shots in 42 minutes. And the cervical strain that bothered Luka Doncic in games 3 and 4 did not appear to be lingering as he finished with a team-high 29 points.