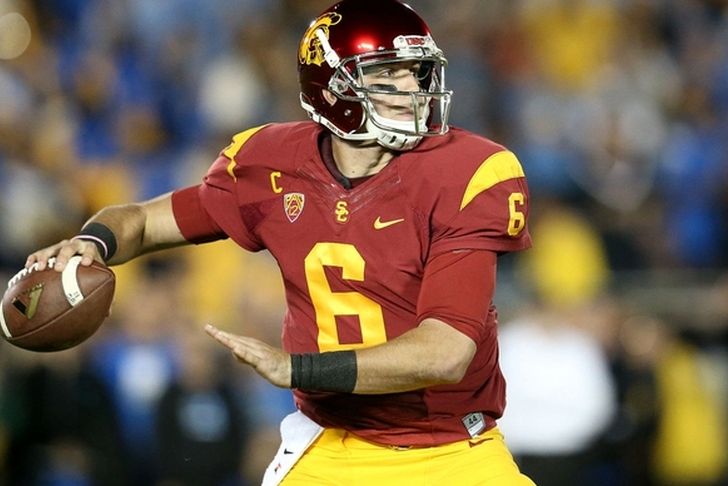 The #3 Utah Utes' dreams of an undefeated season went up in smoke on Saturday night, as the USC Trojans offense ran over them all game long in Southern California en route to a 42-24 victory.

USC seized the momentum in the first half thanks to two Cameron Smith interceptions of Utah QB Travis Wilson, the second of which he returned 53 yards for a touchdown to give the Trojans a 28-14 lead.

Smith would add another interception in the second half to finish with three on the night.

QB Cody Kessler was efficient all night long, going 21-of-28 for 264 yards -- eight of those completions to budding star WR JuJu Smith-Schuster for 143 yards and a touchdown. He also rushed for a score, backing up TD runs by Ronald Jones II, Justin Davis and fullback Soma Vainuku.

That was more than enough to keep the Utes (6-1, 3-1 Pac-12) at bay in a frustrating night for the formerly undefeated squad, sending Utah back into the one-loss pack while snapping a two-game skid for USC (4-3, 2-2) and handing interim head coach Clay Helton a win in his first game at the Coliseum.