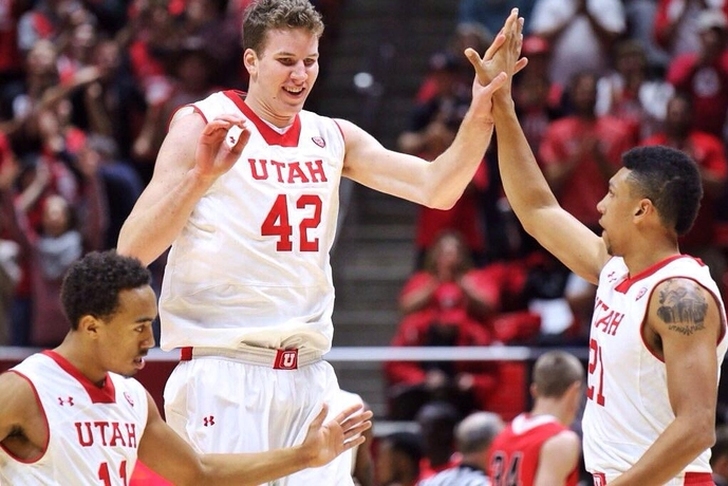 The Utah Utes led by as many as 15 in the first half and were up 11 entering the second half. But the Fresno State Bulldogs didn't quit and even managed to take a briefly lead in the second half. But No. 3 seeded Utah pulled away after giving up that lead and never looked back in a 80-69 win over No. 14 seeded Fresno.

Center Jakob Poeltl had 16 points and was dominant on the glass. He recorded 18 rebounds, with nine of those coming on the offensive glass. He also chipped in four assists. He single-handedly outrebounded Fresno State.

Lorenzo Bonam led the way for the Utes with 17 points on 7 of 10 shooting. Two others, not including Poeltl and Bonam, put up double-figures. However, he also turned the ball over a team-high five teams.

Utah turned the ball over 19 times as a team, but still managed to pick up the win. The Runnin' Utes shot 54 percent from the field, a major reason they are advancing to the Round of 32.

Utah will now face the winner of tonight's (6) Seton Hall and (11) Gonzaga matchup. Both Utah's game and the Seton Hall-Gonzaga matchup are behind schedule because of Purdue and Arkansas Little Rock's double-overtime thriller.