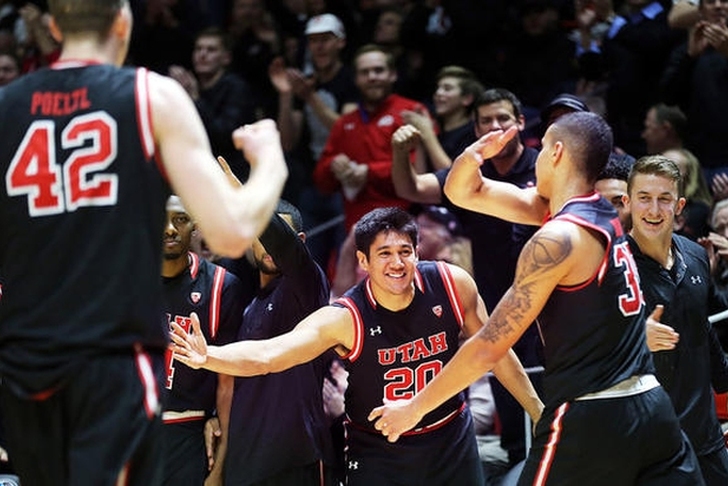 Utah really stumbled at the start of Pac-12 play, losing three of their first four conference games, but have since emerged as a legitimate threat to repeat last year’s Sweet 16 appearance. Here’s everything you need to know about the Utes:

Poeltl emerged as one of the best defensive players in the country last year for the Utes, but this year he has developed into an all-around player. On top of averaging 1.6 blocks per game and shutting down the opponent’s best big man every night, Poeltl is shooting 66.1 percent from the field.

This Utah team is full of dangerous offensive weapons capable getting hot at any moment, and head coach Larry Krystkowiak is excellent at putting them in positions to be successful. The result is them shooting 48.7 percent from the field as a team (11th in the country).

Utah is very good at keeping their opponents from scoring, allowing just 68.3 points per game, but they have a frustrating inability to create turnovers. They get just 5.4 steals per game as a team, which ranks them 255th in the country.

Outlook:
The Utes have a very solid, balanced team capable of beating anyone on any given night, which will allow them to advance to the Sweet 16 or the Elite 8. However, they don’t have the overall talent to make the Final Four.