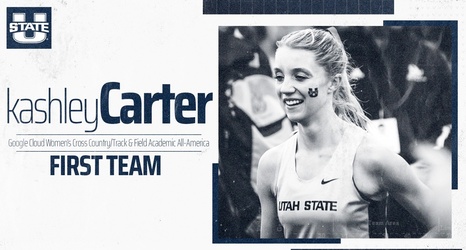 Among the 90 student-athletes selected by the College Sports Information Directors of America, 20 men and 33 women carry a 4.0 grade-point average or higher, including Carter and the other 14 women on the first team.

The 15 members of the women’s cross country/track & field team carry an average GPA of 4.