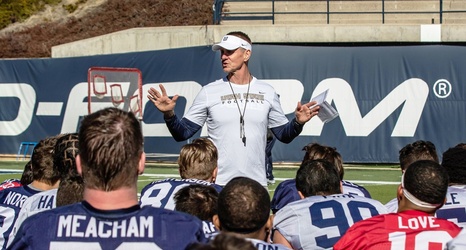 First-year head coach Gary Andersen, who is in his second stint with the Aggies after coaching the program from 2009-12, was pleased with his team’s performance on Day One.

“It was a positive first day. The players were excited to be out here, and they should be,” said Andersen.