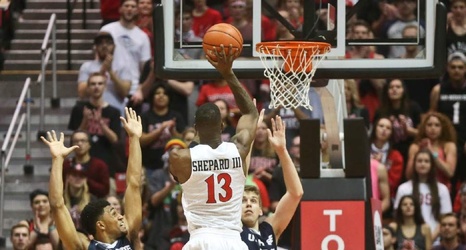 Shane Rector scored 18 points for the Aggies, who owned a 41-39 lead with 17 minutes left. But the Aztecs used a 12-0 run to take control and hand Utah State its fifth loss in the last seven games.

Darius Perkins added 13 points for the Aggies while Jalen Moore contributed 11. But Chris Smith, Utah State's No. 2 scorer this season, managed only two points on 1-for-10 shooting.