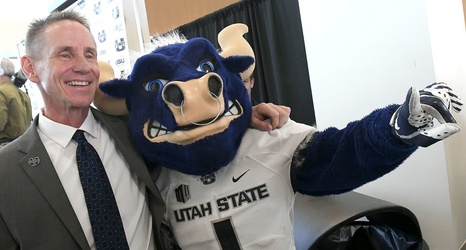 HENDERSON, Nev. — Utah State football has been picked second in the Mountain Division of the 2019 Mountain West preseason polls, it was announced Tuesday at the league's annual Media Days held at the Green Valley Ranch.