UFC Fight Island: Who's next for Deiveson Figueiredo, plus Fight Night surprises 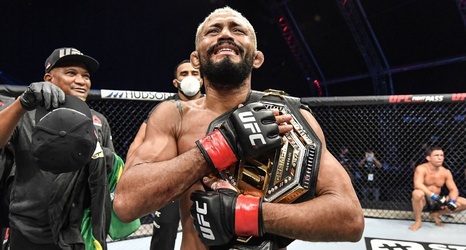 Figueiredo might be the only man walking away with gold Saturday in Abu Dhabi, United Arab Emirates, but he was far from the only standout. There were a number of spectacular finishes, including devastating kicks, triangles, a kneebar and more.