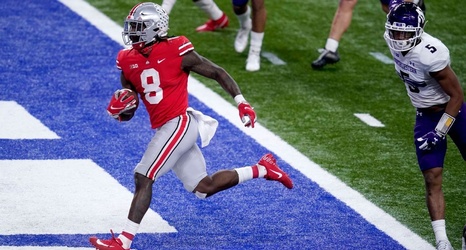 INDIANAPOLIS -- Trey Sermon ran for a school-record 331 yards and two second-half touchdowns Saturday, helping No. 4 Ohio State rally for a 22-10 victory over Northwestern for a fourth consecutive Big Ten championship.

The Buckeyes (6-0) will find out Sunday if they've done enough to earn one of four spots in the College Football Playoff. It's the first time Ohio State has won four consecutive outright conference crowns.

Northwestern (6-2) heads into the bowl season with two losses in its last three games and a second runner-up finish to the Buckeyes in three years.