Source: MLB calls off Cardinals-Brewers game due to coronavirus 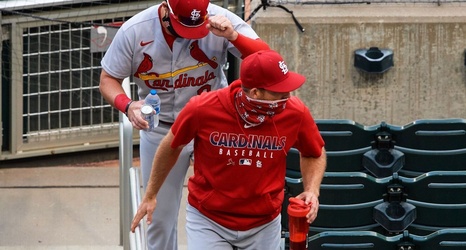 MLB's quick decision to postpone Friday's game, which was scheduled for 2:10 p.m. ET, comes after the outbreak within the Miami Marlins, who have had 19 positive tests over the past week.

One source told ESPN's Jesse Rogers that if what is happening with the Cardinals had occurred before the Marlins outbreak, Friday's game would still be scheduled.

That brings the number of teams being held out of action on Friday to six, as the Brewers and Cardinals will join the Marlins, Philadelphia Phillies, Washington Nationals and Toronto Blue Jays in teams affected by the fallout from positive tests.