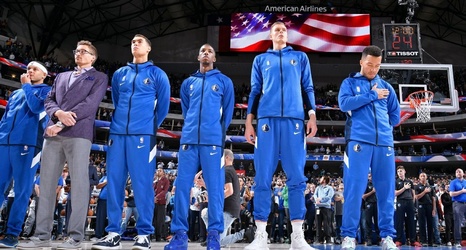 One day after Dallas Mavericks owner Mark Cuban confirmed that his team had stopped playing the national anthem before games, the NBA on Wednesday issued a statement saying that wouldn't be the case.

"With NBA teams now in the process of welcoming fans back into their arenas, all teams will play the national anthem in keeping with longstanding league policy," the league said in a statement.

Cuban on Tuesday told ESPN that he made the decision to stop playing the national anthem before home games after consulting with NBA commissioner Adam Silver. The Mavericks did not announce the change in policy, but the national anthem has not been played before any of their 13 preseason and regular-season games at the American Airlines Center this season.