Mountain West Conference's quick response has kept it in the game 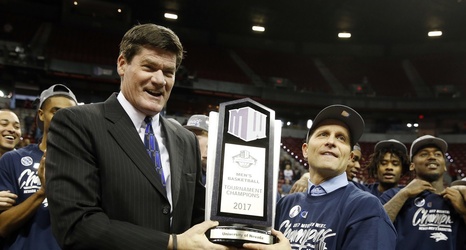 SALT LAKE CITY — The Mountain West Conference staged its media days this week in Las Vegas amid considerable optimism. There’s good reason for that, beyond the usual hoo-hah: The league is still alive to tell its story.

Surviving an era of opportunism and betrayal, backdoor dealing and espionage, is reason enough to smile. This will be the 20th season for the conference. It can officially drop “fledgling” from its bio. The MWC may not be the 122-year-old Big Ten, but it’s not the long-deceased Southwest Conference, either. All conferences have changed in 20 years and some have disappeared.