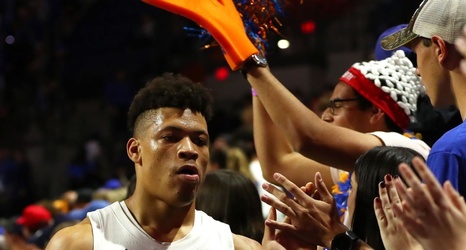 Florida basketball star Keyontae Johnson collapsed early in the game against rival Florida State and is in critical but stable condition at Tallahassee Memorial, according to the school.

The Gators were coming out of a timeout Saturday when the cameras cut away from the court and ESPNU broadcasters said Johnson had collapsed. He was given emergency medical attention and taken to the locker room.

Before the incident, Johnson had just finished an alley-oop on a pass from Tyree Appleby. He was celebrating with teammates and walking toward the sideline before he collapsed.